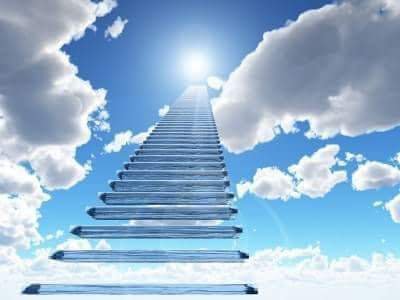 It’s possible to be in more than one or places at the same time and be conscious of those places, even at the same time,if we can come up to the stature of the fullness of Christ; coming up to a perfect man.Jesus the perfect man and not Jesus as God said he’s the beginning,the ending.If the first born is alpha,the omega,we’re too,after all he is our prototype John 20:21.He said the works he did we’ll do and greater works we would do if we can believe. John14:12. As he is,so are we in this world.1John 4:17.Jesus is in the present, past,future at the same time,so are we. That’s why we can walk back and forth on any planet and that’s we can move to the past or future to remove undesirable things that have happened or yet to happen. You can compress and extend time at will by this consciousness.

Solidity in the 3-dimensional world is subject to time and distance. If a man move to a higher pedestal or dimension of the Spirit,where things are not subject to time and distance, he’s not subject to the limitations people walking from lower dimension ate subject to. He cannot understand the man walking from that higher dimension. Anything the man from fourth dimension says is like jargons in hears of a 3rd dimensional man. Spiritual things are canal in the hears of a canal man .Col.2:5 1 Cor.2:14-16.The more revelation you have in Christ, the deeper his mind you have access to.

Some people have broken into certain realms that, when they tell you what’s possible in God,you’ll will call them demons. That’s why Apostle Paul described what he saw in the third heaven as unspeakable .2Cor.12:1-6.In verse 4, he said those things that are physical to him were unspeakable to those who were in lower dimensions and they couldn’t fathom those visions he had. When the apostle said he would be with them in Spirit, when they gathered he wasn’t speaking allegorically, he was talking both in reality and factual. Col. 2:5 1Cor.5:3-4.

Do you know that the tangibility of a 3rd dimensional man isn’t the same with the tangibility of a 4th dimensional man. What’s important to you a man of the 3rd dimension isn’t important to a 4th dimensional man. If a man comes out of his body,his solidity will be redefined. This is how Apostle Lawal Suleiman man put it.” Your possibility is a function of the dimension you’re living from.”My possibilities are not your possibilities. “Some men cannot see beyond the capacity of their optical eyes.They cannot see what their optical eyes cannot see.Your physical is the range at which your spiritual eyes can see.